The CW is rolling out another fall series premiere, this time it’s based in the South and features a familiar face. Check out Rachel Bilson in Hart of Dixie.

The CW pulled strong ratings with the premieres of new series Ringer and The Secret Circle— can they keep it going with Hart of Dixie? 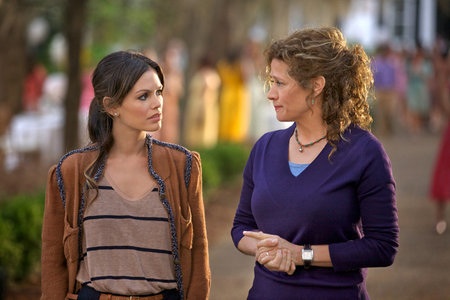 They’ve got vampires, witches, socialites and now the CW is debuting a city doctor plunked down in the South — you can’t say there isn’t variety on the CW.

Hart of Dixie premieres on the CW tonight (September 26), directly following the season premiere of Gossip Girl. Check out a preview of Rachel Bilson as Zoe Hart in Hart of Dixie…

The CW officially describes the Hart of Dixie pilot as the following: “Fast-talking New Yorker Zoe Hart (Rachel Bilson) has her life all figured out until she is turned down for a prestigious fellowship she had been certain she would get. Desperate, she decides to finally accept the offer of a kindly stranger, Dr. Harley Wilkes (guest star Nicholas Pryor), whom she met at her medical school graduation and who had proposed she join his small medical practice in Bluebell, Alabama.”

Will you be checking out Hart of Dixie on the CW?