The first trailer for Sundance favorite Being Elmo: A Puppeteer’s Journey has been released. It’s a documentary that tells the unknown story of the man behind the puppet — Kevin Clash.

Related story Parents, Do Not Let Your Kids Search 'Why Is Elmo Trending on Twitter?' Right Now (But You Should)

Kevin Clash might not be a household name, but his hand-held creation Elmo is. Clash is the star of the documentary Being Elmo: A Puppeteer’s Journey, which was a real crowd-pleaser earlier this year on the festival circuit. 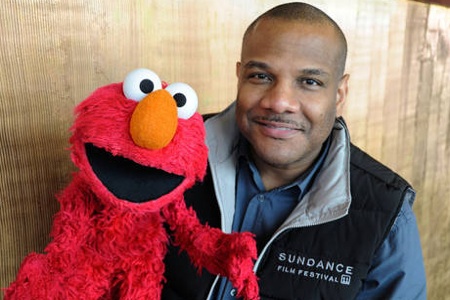 The first trailer for Being Elmo has been released (via IndieWire) and it gives viewers a taste of Kevin Clash’s struggle in the unconventional world of puppeteering. The film is narrated by Oscar winner Whoopi Goldberg and features interviews and never before seen footage from Clash’s personal archives. Being Elmo shows Clash go from an unknown novice to the portrayer of Elmo, one of the biggest characters in the world.

The film is directed by Constance Marks, and charts the rise of the red monster from his early days on Sesame Street to the riot-inducing era of “Tickle Me Elmo.” Marks’ vision and Clash’s story have already earned the film several awards from the Traverse City Film Festival, the Nantucket Film Festival and the Sundance Film Festival.

Kevin Clash is an American puppeteer who currently serves as Muppet Captain and executive producer of Sesame Street. Aside from Elmo, he’s voiced and performed as the characters Baby Sinclair, Clifford and Hoots the Owl. He’s also the author of the book My Life as a Furry Red Monster: What Being Elmo Has Taught Me About Life, Love and Laughing Out Loud.

Being Elmo: A Puppeteer’s Journey opens in limited release Oct. 21.