Kate Hudson’s father has written a book detailing his relationship with Goldie Hawn. 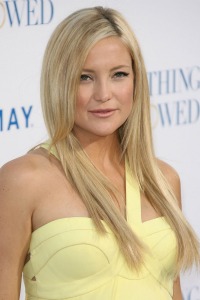 The biological father of Kate Hudson has written a scathing memoir detailing his scandalous love life with Goldie Hawn — and he claims the actress refused to be in anything but an open marriage.

In his book, Two Versions: The Other Side of Fame and Family, Bill Hudson says Hawn had affairs with Warren Beatty and French actor Yves Renier while they were married, and details the time Goldie brought her Swedish lover to the U.S.

Hudson writes, “‘I have something to tell you,’ Goldie said. ‘I’ve been seeing this guy in Sweden. His name is Bruno, and he’s coming to the States on Monday. He’s going to stay here for a couple of weeks before I leave to start shooting the movie in Denver with George Segal.'”

“My mouth dropped open. I didn’t know how to respond. ‘Wait, weren’t we just saying how much we love each other? Didn’t we just make love for days on end? And now you tell me this guy is coming here and staying with you? Are you going to tell him about us?'”

“She glared at me but didn’t say a word. That was all the answer I needed. ‘When you are finished with Bruno, you can call me. You have my number.’ And I left.”

Hudson says Hawn returned after her Swedish love fest in tears. He wrote, “‘I’m in love with you,’ she said sobbing. ‘You’re my soul mate. I know it in my heart. It’s just that I’ve always believed in an open marriage.'”

Bill Hudson and Goldie Hawn were married from 1976 to 1980 and had two children together, Kate Hudson and Oliver Hudson. Both were ultimately raised by Goldie and her partner Kurt Russell.

“His book… talks about how parents can often become alienated from their children when they don’t have primary custody,” says the book’s website. “Hopefully, at some point, this family will be able to have a healthy adult relationship before it’s too late.”

Bill Hudson’s book will be available in stores November 1.