In a stunning move, the Parents Television Council is filing a formal broadcast indecency complaint with the FCC against FOX Broadcasting. The move comes after the two-hour premiere of the show X-Factor Wednesday evening when a contestant exposed himself during a song and dance routine.

X-Factor contestant Geo Godley dropped his pants and exposed himself during the two hour premiere of the show on September 21, prompting judge and longtime music veteran L.A. Reid to state his performance was “offensive, disgusting, distasteful and upsetting.” 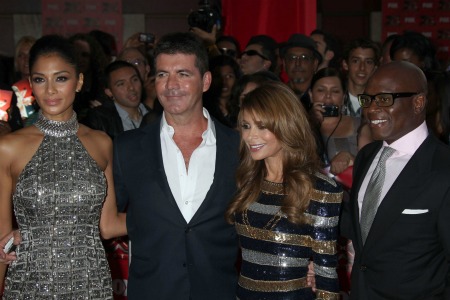 The incident aired after 9 p.m. eastern standard time, but aired a bit after 8 p.m. central and mountain times, a block of programming when indecent content is not allowed on television, as it is deemed “family hour.”

Stated PTC President Tim Winter, “As the broadcast decency law comes before the United States Supreme Court in the coming term, FOX has offered a compelling demonstration as to why that law needs to be upheld. If Godley performed his act in public, he would have been arrested. But if he performs it in front of a Fox camera, his act is beamed via the public airwaves into every home in the nation.”

He continued, “The prolonged, previously videotaped footage of a contestant dancing nude on the X-Factor stage represents a conscious decision by the producers, with the approval of the network’s broadcast standards department, to intentionally air this content in front of millions of families during hours when they knew full well that children would be watching.”

Winter then finished his statement by saying, “Families were led to believe the X-Factor would be family-friendly programming and instead, were assaulted by graphic nudity. Perhaps the “X” in X-Factor stands for the MPAA rating (Motion Picture Association of America). No wonder PTC Seal of Approval winner and judge Paula Abdul walked out during the performance, apparently becoming physically ill by what happened.”

What do you think? Should this type of content have been allowed by network censors? Will you watch X-Factor anymore? Does the PTC have a point? Write your comments below and let us know your thoughts.