Emily Deschanel has given birth to a baby boy. 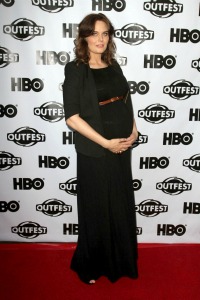 It’s a boy! Emily Deschanel is reveling in motherhood today as her husband David Hornsby passes out blue cigars. The Bones actress has given birth to a bouncing baby boy on Wednesday!

Deschanel’s rep confirmed the news to People without further comment, but her Bones costar TJ Thyne was all over the news on Twitter.

So far New Girl and new aunt Zooey Deschanel has remained mum on the birth.

The baby, named Henry Hornsby, is the couple’s first child. David Hornsby, who you can see on It’s Always Sunny in Philadelphia, married Deschanel almost exactly a year ago in Sept. 2010. Their Pacific Palisades nuptials were attended by family and close friends.

The couple announced they were expecting in Apr.

Deschanel maintained a healthy pregnancy while following a vegan diet and employed dietician Ashley Koff to help her keep her energy up during long hours on set.

“Energy is a really significant issue for her,” Koff told People. “What has probably been a challenge for her is making sure that she has nutrient-dense food that she’s able to have every three hours.”

“She loves nut butters,” she said. “And sometimes we’ll do fun smoothies, especially if she’s at work. We’ll take coconut water, nut butter, and berries and make a smoothie so she’s got something to sustain her energy in a liquid form.”

Deschanel is a longtime vegetarian who knows how to eat healthy while maintaining a diet excluding all animal products.

Congratulations to the new family!