Sean “Diddy” Combs has never been shy about his affection for the female form. He’s also never conquered the publishing industry, having already taken over the music, fashion, fragrance and commercial world. Now, he’s about to branch into the publishing world. 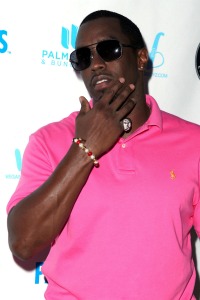 Sean ‘Diddy’ Combs has made a long career through trying new things. He has acted, produced, sang and created a multi-million dollar clothing and fragrance empire. But the one realm of entertainment he had not conquered was the publishing world, until now…

Combs will release a book on Nov. 22 titled Culo, which is the Italian word for booty, buttocks, posterior, whatever you feel most comfortable calling it.

Despite his reputation, Combs is a gentleman, and wants to teach his friends manners as well>>

He is the executive editor of the tome, and along with Interscope Geffen A&M Chairman Jimmy Iovine, put together this pop culture book to, according to ABC television entertainment reporter Sandy Kenyon, showcase artwork and photos of different backsides of women around the world.

Combs commissioned photographer and visual artist Raphael Mazzucco to create Culo by Mazzucco. The 248-page portfolio, a love affair to women’s backsides, will be available as both a hardcover book and as an e-book.

Mazzucco traveled the world, shooting photographs of stunning women. The photographer is well known in both the photography and art world for his ability to capture beauty and redefine it for popular culture.

Said Combs regarding his new venture, “Raphael is a true artist. He relies on instinct, capturing a raw, natural sense of beauty through his lens in CULO by Mazzaucco, that celebrates the female form. His work is passionate and powerful.”

Viewers of the hit HBO show Entourage got a sneek peek at the inside of the book during the Aug. 28 episode. Mazzucco made a guest appearance on the show and a video of the interior of the book was shown.

After the book’s initial release, an exhibit of artwork from the tome will be showcased in galleries across the country.