Britney Spears is almost 30. Here’s what the pop star has to say about the milestone birthday. 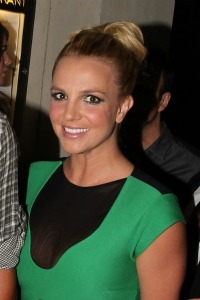 Remember that cute little blond girl blowing bubble gum in her schoolgirl uniform and doing backflips in the gym? That teen dream is turning 30 soon!

Britney Spears will be on her Femme Fatale tour in South America when her milestone birthday hits on December 2, but she managed to snag the day off — and she says she is looking forward to the wisdom that comes with age.

“I hear the older you get, the wiser you get and the more you know what you want — so hopefully it’ll be a good year,” Britney told the Associated Press.

“You know, I don’t really have anything to prove at this point, so it’s like I just do it for fun and just see what happens,” she said.

Britney also says Femme Fatale is all about girl power. “With the big picture of being Femme Fatale, I think it is really inspiring for girls all together feeling very empowered and having a voice and being heard,” she said.

Part of being empowered is staying healthy and fit, and after a hairy couple of years where Brit battled obvious mental health issues, she says keeping a routine and the right friends around help her stay on track.

“I have a good group of people around me, and we have the show at a certain time every night and we just try to stay consistent on having a routine and staying fit and healthy,” she said.

The Britney Spears Femme Fatale tour wraps December 10 in San Juan, Puerto Rico. She will release B in the Mix, The Remixes Volume 2 in October.

Is Britney Spears on the verge of marriage?

Joe Jonas will get with Britney Spears in Europe