Marvel Studios is looking for a new and insightful director to take over their Thor franchise. Following the exit of Kenneth Branagh, who directed the first film, they’re eyeing Monster helmer Patty Jenkins to pick up where he left off. 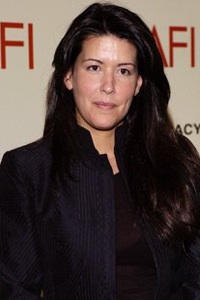 Marvel Studios is known for hiring the least likely candidates to direct their films: Jon Favreau for Iron Man and Kenneth Branagh for Thor are just two examples of unconventional picks. Sticking with their winning formula, the studio may be looking to Monster director Patty Jenkins to take over the sequel to this summer’s Thor.

Jenkins involvement with the project is a rare feat for women in the industry. Female directors aren’t typically hired for such high profile or action-centric films. According to Deadline, Marvel is currently in talks with Jenkins and the official announcement of Branagh’s successor will be revealed soon.

The original Thor earned an impressive $448 million at the worldwide box office and catapulted Chris Hemsworth into superstadom. The Australian actor has just wrapped production on Marvel’s The Avengers, and is currently preparing for his role in the fantasy film Snow White and the Huntsman opposite Kristen Stewart and Monster star, Charlize Theron.

For the next two years, Marvel has three major releases on its schedule: The Avengers in May 2012, Iron Man 3 in May 2013 and in July 2013 Thor 2 will debut in theaters. During those summer months, they’ll have serious competition from Warner Bros’ The Dark Knight Rises and Sony’s The Amazing Spider-Man. Both films are part of billion dollar franchises and have places in the box office record book.