Parks and Recreation star Chris Pratt talks donning a fat suit as “Disgusting Donald” in What’s Your Number?, and working with his wife Anna Faris.

One of the first exes you meet in the film What’s Your Number? is Ally’s (played by Anna Faris) binge-eating boyfriend, affectionately named “Disgusting Donald.” 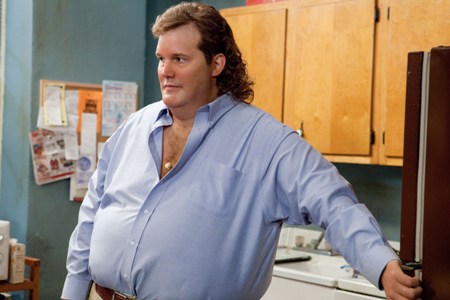 You quickly realize that with each relationship Ally enters, she morphs into the man she’s dating. In this case, it’s her real life husband of two years, Chris Pratt, dressed as an overweight oaf.

“My favorite scene to film was wearing a fat suit and kind of just dancing and eating corn dogs as Disgusting Donald,” Pratt told SheKnows at the film junket. “That was really fun to wear a fat suit that looked real.”

Unlike their characters though, Pratt tells SheKnows that after two years of marriage he and Faris have brought out the best in each other. 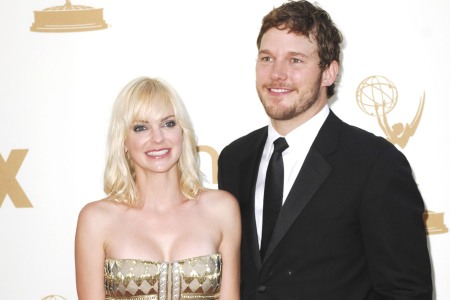 “I think we have a lot in common,” said Pratt. “We play acting games all the time and we’re both homebodies. I don’t think we turned in to one another; I think we found each other.”

Anna echoed these sentiments in our sit-down with her and co-star Chris Evans.

Video: Anna Faris reveals what Chris Evans looks for in a woman>>

“He’s awesome,” said Faris of her hubby. “He’s the best. He makes me laugh and I’m just so happy he took this role.”

Check out our “What’s Your Number?” movie review >>

We wish these two many years of good food and fun, minus the fat suits!

Find out what your “number” says about you >>