On Twitter, Alec Baldwin expressed his rage about the execution of Troy Davis. 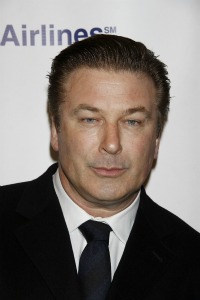 Troy Davis was executed last night after a last minute appeal to the Supreme Court was denied, leaving many supporters outraged — including Alec Baldwin.

David was convicted of the 1989 murder of police officer Mark MacPhail based on eyewitness testimony — but seven of those witnesses later changed or recanted their stories. Davis has always maintained his innocence, and some think that Sylvester Redd Cole, another man with Davis that night, is the real killer.

Alec Baldwin is absolutely outraged not just over his Emmy joke being cut but by the execution and began his rant minutes after Davis was put to death.

“Wonder if the MacPhail family will seek death penalty for US leaders who killed thousands of US soldiers and countless innocent Iraqis,” he wrote.

“Every sensible American is appalled when police officer is killed. But the attendant charges are grave. U don’t want 2 kill an innocent man.”

Baldwin shut her down immediately. “Davis is dead Does that make you happier, @michellemalkin?” he shot back.

“I wonder if @michellemalkin will push the needle in herself on a man the former FBI director said might have reasonable doubt on his side.”

Davis’ lawyers argued that there was “abundant evidence” the other man committed the crime, including testimony from people who said Cole admitted to being the shooter.

The last words of 42-year-old Troy Davis were witnessed by an Associated Press reporter:

“I’d like to address the MacPhail family. Let you know, despite the situation you are in, I’m not the one who personally killed your son, your father, your brother. I am innocent.”

“The incident that happened that night is not my fault. I did not have a gun. All I can ask … is that you look deeper into this case so that you really can finally see the truth.”

“I ask my family and friends to continue to fight this fight. For those about to take my life, God have mercy on your souls. And may God bless your souls.”

Troy Davis was executed by lethal injection and died at 11:08 p.m. Wednesday night.