Maggie Gyllenhaal’s generous gifting of personal vibrators to her Hysteria cast mates has come back 15 fold, a “pleasant surprise” for the actress.

Maggie Gyllenhaal’s role in Hysteria has the actress on a campaign to bring talk of the female orgasm to light, even if she knows it “still makes us flushed and uncomfortable.” What else would you expect from a film based on the true story of the first electronic vibrator’s invention in the 1880s? 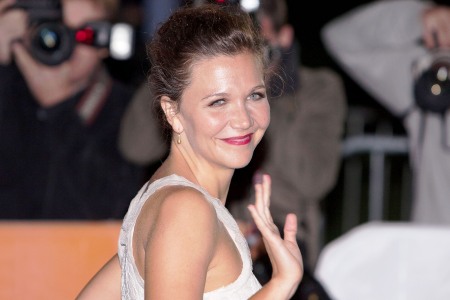 Attempting to take a more serious tone with the titillating topic Maggie shared of the film, “It’s about vibrators and women’s orgasms, and I don’t think people really do talk about it very much, and I do think it does still make us flushed and uncomfortable.”

Hugh Dancy, the lead male actor in Hysteria plays Mortimer Granville who is tasked with working with patients diagnosed with female hysteria — a no longer medically valid term for everything from insomnia to bloating.

“The most outrageous thing in the movie … is the premise of the film,” said Hugh Dancy. “The fact that these medical men were seriously — without any irony, without any deception — diagnosing this nonexistent condition and doing what they were doing manually, and totally failing to see there might be anything sexual about it.”

Do you plan on going to see Maggie Gyllenhaal in Hysteria?