Jill Zarin revealed that she’s not too sad about her departure from RHONY. Why is she saying that fighting is encouraged by Andy Cohen & Co? 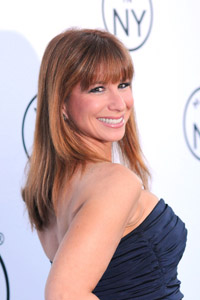 Hell hath no fury like a housewife scorned. In a new interview with ABC, Ousted Real Housewives of New York star Jill Zarin is speaking out about the Bravo franchise that made her famous.

“It was a little jolting. I’ll be honest,” Zarin told Good Morning America of the phone call that ended her involvement in the show.

“It didn’t feel good,” she said. “Nobody likes to not be asked back to the party.”

That’s not the only thing she’s dishing about, though — Zarin revealed that the in-fighting between Zarin and other Housewives like Ramona Singer and Alex McCord is encouraged.

“There’s no question there was fighting going on,” Zarin told ABC. “But I believe the format of the show encourages that. And even if someone doesn’t say to you to have a fight or whatever, you feel like you’re supposed to.”

Despite her feelings, it’s clear that Zarin’s involvement in the show has amped up her personal profile, allowing her to pursue ventures like her new shapewear line, Skweez Couture.

“The show has decided to take a different direction and unfortunately I will not be a part of season five,” Zarin said in a statement on her website. “I have received literally thousands of tweets, emails and Facebook comments from fans all over the world, from Australia to Alaska, and that has meant the world to me. More than you could ever know.”

Still, Zarin said the show was turning into a less-than-positive experience.

“It’s a toxic environment. It took me months to come down from it,” she told ABC.