Is a children’s book featuring the Grim Reaper too macabre for tots? Some adults think so, but author Maurice Sendak thinks they’re being a bunch of whiny babies.

Millions of children around the world grew up reading author Maurice Sendak’s book Where the Wild Things Are. Now, the aging Sendak’s new children’s book is out — and parents are calling foul. 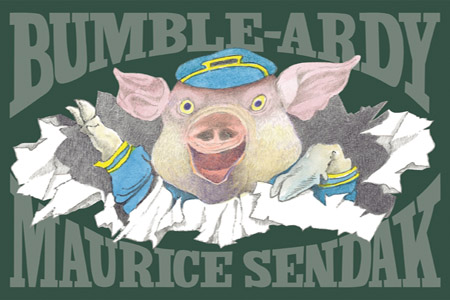 Bumble-Ardy is the first book Sendak has written and illustrated in over 30 years and it follows the story of a nine-year-old orphan pig as he plans a birthday/costume party at his aunt’s house while she’s away from home.

Sounds innocent, right? Not so, according to some parents. Sendak introduces the Grim Reaper in the book, a concept not every young child knows or understands.

“I do not think children will understand or see any particular humor in this book. The wonderful cadence of the words that my grandchildren and I loved in his other books is sadly missing, and I think he just wrote it for the sake of writing another book so he would not be forgotten,” Amazon customer Arlene Uslander wrote in her review on the site.

“Anyone who knows Sendak shouldn’t expect his work to be ‘easy,'” wrote Geoffrey Hayes, a writer and Amazon reviewer. “It is defiantly idiosyncratic and often disturbing, unlike most of the garish pap out there these days. Sendak is less interested in telling a neatly tied-up story, than he is in creating an emotional narrative that invites repeated viewings.”

Sendak agrees, arguing that the book is more in the vein of Alice in Wonderland, an eccentric – yet universally cherished – book. Other children’s books, according to Sendak, are written to “keep [kids] calm, keep them happy, keep them snug and safe. It’s not a putdown of those earlier books. But basically, they went by the rules that children should be safe and that we adults should be their guardians. I got out of that, and I was considered outlandish. So be it.”

Is Bumble-Ardy a good children’s book, or too scary for the tots?