Courtney Stodden is bringing her life as an underage bride to reality television. The teen bride and 51-year-old husband Doug Hutchison promise “nothing is off limits” to the cameras.

Courtney Stodden has signed her name on the dotted line for a reality show deal. The 17-year-old and 51-year-old husband Doug Hutchison are on their way to your television screen. 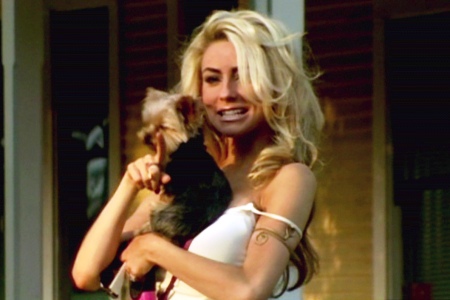 Courtney Stodden’s mom/manager Krista Stodden has arranged the reality show deal with Roy Bank, the president of Merv Griffin Entertainment. The 17-year-old, seen here during a Good Morning America appearance, promises a no holds barred look into her life as an unconventional newlywed.

“We are so excited to be working with Roy Bank, a great professional in this business,” Courtney Stodden and Doug Hutchison tell Radaronline. “We are proud that we were able to find the perfect producer for our reality show and are thrilled to be working with this prestigious production company.”

Courtney Stodden is the third wife of Doug Hutchison. The pair exchanged vows in Las Vegas on May 20 — after her mother signed a consent form permitting her daughter to marry at the age of 16.

Krista Stodden adds, “They are going to be very, very open about their lives. They want everybody to see their life. Nothing is off limits.”

As the world awaits the debut episode of Courtney Stodden’s reality show, they can follow the teen bride on her official (often provocative) Twitter account. A sampling of entries to her 29,000 follows include:

Lickin’ a sucker as I boisterously bounce up & down on the bed while drenched in a soak ‘n wet white mini-T & pink panties; Feelin Dangerous!

Dripping with dazzling diamonds — Bikini Style — as I get ready to crawl into the pool for a morning dip… Meow!

In from running my tone lil’ tush up & down several flights of stairs while sporting SEXY workout gear, 7 in. wedges & my pink pooch! XO 😉