The Fox Network scored big on Tuesday night thanks to the Zooey Deschanel comedy, New Girl. The series was the top-rated show of the evening and beat out fan favorite Glee. 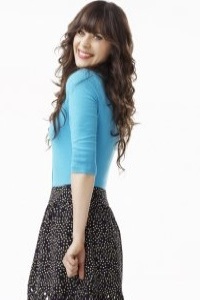 Zooey Deschanel’s transition from indie movie star to television darling is complete. Her sitcom, New Girl, debuted last night to an abundance of fanfare. The series brought in the highest numbers for a Fox fall premiere since the debut of The Bernie Mac Show in 2001.

New Girl centers on a quirky, yet charming woman who moves in with three single men after her boyfriend dumps her. The trio attempts to teach her about love, so she can bounce back and eventually start dating again.

New Girl earned an impressive 10.1 million viewers in its 9 p.m. time slot and “delivered a strong 4.7 adults 18-49 rating,” according to Entertainment Weekly. The show’s lead-in was the musical juggernaut Glee, which surprisingly debuted with only 8.9 million viewers. New Girl managed to match its predecessor’s numbers, while tacking on another two million.

While Glee was down from last year’s debut, Raising Hope returned for its sophomore season with similar numbers. It earned 6.8 million viewers in its 9:30 p.m. time slot.

If New Girl continues down this road to success, this will be the second Deschanel hit on Fox’s primetime schedule. Emily Deschanel (Zooey’s older sister) headlines the popular crime series Bones, which debuted in 2005.

On a side note, Damon Wayans Jr. originally appeared in the pilot of New Girl as Coach, one of Deschanel’s roommates. He was supposed to be a regular, but Wayans’ other pilot Happy Endings was picked up by ABC and renewed for a second season. That show returns on Sept. 28.