Restaurateur Gordon Ramsay has set his sights out of the kitchen and into new territory as he looks to remake some of the worst hotels, motels and bed & breakfasts in the new series, Hotel Hell. 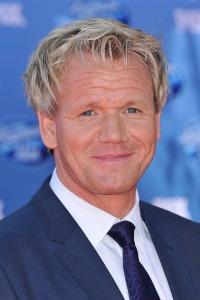 Gordon Ramsay has made a successful career of working in restaurant kitchens and taking on some of the most difficult challenges in the restaurant business. His success as a restaurateur has only been eclipsed by his success as a television personality and author, both in the U.S. and across the pond in London. So to take him out of the kitchen and on the road in Hotel Hell will allow viewers a chance to see another side of this exacting and at times, hot-headed television/chef personality.

Ramsay is the owner and operator of several Michelin-star rated restaurants. He is one of four chefs in the United Kingdom to maintain a three-Michelin star record for his restaurants. He is also friends with some of the most influential people in London, such as Victoria Beckham. Ramsay was also awarded an OBE award from the Queen in 2006 for “services to the hospitality industry.” An OBE is an order of chivalry, which makes him an Officer of the Order of the British Empire.

For this particular series, of which a premiere date has not been set, Ramsay will partner with a team of hospitality experts. Together, they will travel to different hotels with less-than-stellar ratings and make them over to suit the needs of this exacting restaurant talent. Ramsay is sure to be as tough and exacting to the hotels he visits as he is while training chefs for his highly-successful television shows Kitchen Nightmares, Hell’s Kitchen and MasterChef.

A new season of Kitchen Nightmares premieres on Sept. 23>>

Said Mike Darnell, president of alternative entertainment at FOX, in a statement, “Gordon is amazing to work with and no matter what the premise, he delivers every time. With an unprecedented three shows already on the air, Gordon is an incredible television success and we’re really thrilled to put him through Hotel Hell.”

Ramsay released a statement regarding his new venture, explaining that, “These are stories that everyone can relate to, because virtually all of us have had a bad hotel experience that’s turned a holiday or business trip into a total disaster. It’s time to put the hospitality industry to the test.”

Ramsay will also be the executive producer of Hotel Hell.