Word on the street is that Beyonce’s baby is going to be a girl! Though no one will officially confirm the sex of the singer and Jay Z’s baby-to-be, a close relative has placed an order for a pair of very expensive — and very pink — baby booties. 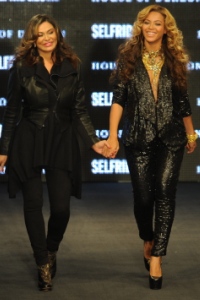 Beyonce’s pregnancy announcement at the 2011 MTV VMAs was heard loud and clear around the world — but now we can’t get even get so much as a peep out of the superstar! The question everyone now wants the answer to is if Beyonce’s baby will be a boy or a girl?

While we wait for official word to be released — which could take up until the mini-mogul is born — there are plenty of rumors and a bit of hearsay to tide fans over. Mediatakeout leads the pack with a report that some tiny pink Louboutins have been ordered for Beyonce’s baby.

The site reportedly spoke to an affiliate of Christian Louboutin and discovered Jay Z’s sister Annie has put in an order for custom pink booties to be made as a gift. Sounds like there will soon be the expensive pitter patter of a baby girl’s feet to look forward to!

“Actually, I am having so much fun, it has been the most fun time now that [my [pregnancy] has been announced and I don’t have to, you know, it was really difficult to conceal. But now that I can be proud and excited about it, I’m having so much fun shopping. It’s great.”

Though she and husband Jay Z insist they don’t yet know the gender of their child, Beyonce’s sister Solange Knowles says otherwise revealing that the couple know full-well the sex of the baby.

Regardless of whether the baby is a boy or a girl, one awesome baby gift has already been sent Beyonce’s way. While appearing on the UK television show Lorraine, the expectant mother was gifted a bib that reads, “If you like it than you shudda put a BIB on it.” 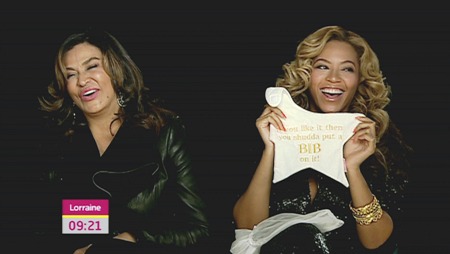 What do you think of the rumors Beyonce’s baby will be a girl?