Barry Levinson’s 1982 film Diner is getting a new lease on life. The writer, director and producer is bringing his coming-of-age story to Broadway with a little help from Grammy winner Sheryl Crow.

Following in the Broadway steps of The Lion King, Billy Elliot and The Color Purple is the Oscar nominated feature, Diner. The comedy-drama was written and directed by Barry Levinson and featured young talents such as Mickey Rourke, Kevin Bacon, Tim Daly and Paul Reiser. 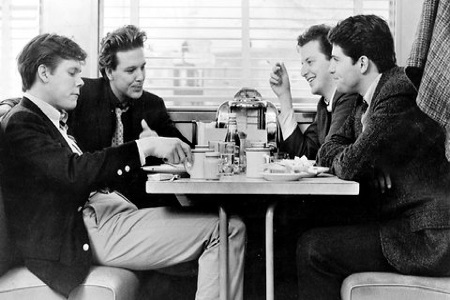 According to Entertainment Weekly, Levinson has released a statement announcing his plans to reinvent Diner for a new generation, in a new medium — theater.

“Diner was a pivotal moment in my career, and since then I have continued to live with the characters, realizing there is much more to their story,” said Levinson. “I’m excited to be embarking on this stage version, which affords me the opportunity as a storyteller to expand on my original vision and let the characters express their innermost feeling and thoughts through song.”

The story of Diner is set in 1959 and centers on a group of college-age men dealing with the trials and tribulations of their impending adulthood. While Levinson handles the script, award winning singer-songwriter Sheryl Crow will tackle the music.

“I was already a huge fan of Diner when Barry first approached me about writing a score for a theatrical re-telling of his film. I knew exactly who these men and women were and I feverishly began writing,” said Crow. “Writing the score for Diner has been the most challenging and fulfilling experience of my career. I have always been a devotee and student of musical theater, and I am very excited to be making this journey with Barry and Kathleen.”

Casting auditions for Diner are planned for next summer.