The 1984 smash hit Footloose introduced a world of teenage girls to the cocky swagger of actor Kevin Bacon. See the screen test that got the young actor the part.

In anticipation for this year’s remake of Footloose, the 1984 film that created a dance sensation, Paramount Home Entertainment released this never-before-seen footage of Kevin Bacon trying out for the part. It is part of their behind-the-scenes featurettes available on the Footloose Blu-ray. Bacon plays Ren McCormack, the high school kid who moves to a small town where dancing is illegal. Bacon comments on how much ambition he had at a young age, and it’s clear from the footage he already had enough spring in his step to make him a movie star. 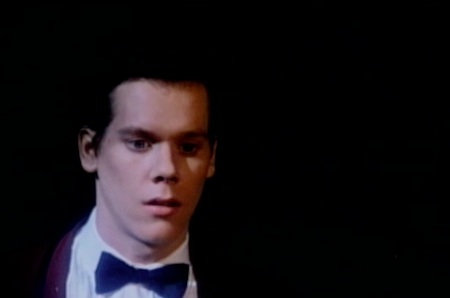 Go back in time and watch the exclusive clip that made Kevin Bacon a star.