It was the most anticipated Comedy Central Roast in the channel’s history, the roast of Charlie Sheen, and it did not disappoint. Roastmaster Seth MacFarlane began the evening by reading Sheen’s obituary, a study in rude behavior and crass comedy.

Comedy Central’s Roast of Charlie Sheen took crude behavior to an entirely new level when the man of the hour entered via the hot seat as Slash played guitar behind him in true rock and roll fashion. 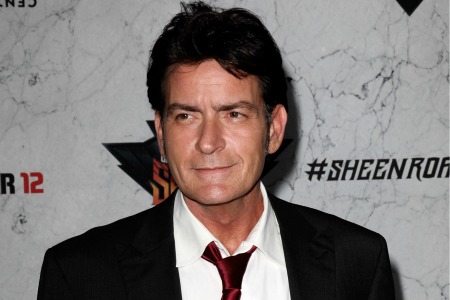 Family Guy creator Seth MacFarlane, the roastmaster for the evening, took to the stage with a strategically placed opening for the show, the reading of Sheen’s obituary.

Said MacFarlane, ” We all know there’s a good chance Charlie will be dead soon, so I wrote an obituary. Charlie Sheen, who became a tabloid fixture due to his problems with drugs and alcohol, was found dead in his apartment.”

He then continued with, “You know what? I actually kind of just copied Amy Winehouse’s obituary. I only had to change three things though, the sex of the deceased, the location of the body and the part that says, ‘a talent that will be missed.’ “

Other highlights included MacFarlane’s introduction of Sheen by stating Charlie was a, “man with a big heart, because it’s been dangerously enlarged by cocaine use.”

Kate Walsh took the stage, hitting Sheen hard as she explained in jest, “It’s amazing, despite all those years of abusing your lungs, your kidneys and your liver, the only thing you’ve ever had removed is your kids.”

But Sheen didn’t take the abuse sitting down. He came back at the end of the night with a few zingers of his own, including, “It’s true I’ve hung around with a lot of shady people over the years. Losers, drug addicts, dealers, desperate whores, but to have all of you here on one night is really special…”

Sheen, who famously dissed his Two and a Half Men co-star Cryer and show creator Chuck Lorre in multiple rants at the start of this year, appeared contrite on the Emmy Awards, stating, “From the bottom of my heart I wish you nothing but the best in this upcoming season. We spent eight wonderful years together and I know you will continue to make great television.”