Prince William and Catherine, Duchess of Cambridge will open a new children’s cancer center next week.

After a relatively low-key late summer — after that famous trip to LA,– Prince William and his bride Kate Middleton will turn their sights towards service. The couple will open the new Oak Center for Children and Young People at The Royal Marsden Hospital in Sutton, Surrey, England next week. 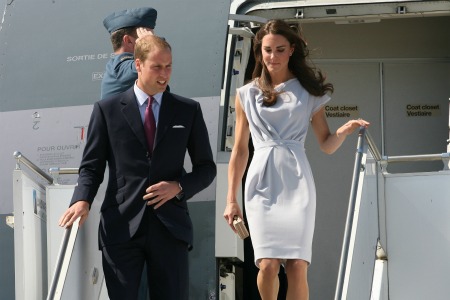 Prince William was appointed President of the Royal Marsden NHS Foundation Trust in May 2007, a position previously held by his mother Princess Diana.

“It’s one of his oldest patronages, dating back to 2007, and he is very keen to introduce the Duchess of Cambridge to the work that the trust does,” said a St James’s Palace spokesman.

Meanwhile, Kate is taking her time deciding what other charities she will support.

“The Duchess is using the next few months to get to know a number of charitable and other causes better, so she can make well informed decisions about her future role,” says a spokesman.

“The Duchess has a broad range of interests,” adds the spokesman. The charities she chooses “will be different to but complement her husband’s existing interests.”

While the royal couple flexes their charitable muscles, another royal family member is performing a public service of a different kind: Prince Harry is coming to America. The prince is preparing for his training stint as an Apache helicopter pilot in the Royal Air Force right here in the U.S., starting in Oct. and taking him to California and Arizona.