Alec Baldwin was noticeably missing from the Emmys Sunday night. Where was he? 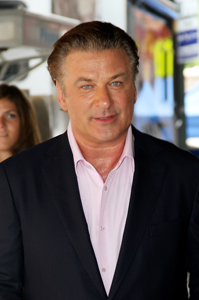 30 Rock actor Alec Baldwin was supposed to be featured in a pre-recorded skit with host Jane Lynch at the Emmys on Sunday night, but the bit was cut — and Baldwin was a no-show. Did he skip the awards out of spite?

Not so much, Baldwin says — but he isn’t happy about how it all went down, regardless.

In a piece for the Huffington Post, Baldwin explained what happened.

“In that routine, I made a joke about the News Corp. phone hacking scandal which the writers and producers had pre-approved before I made the trip. We shot the segment with the joke in. A couple of days later, I was informed that the producers had been told by some Fox entity that the joke had to be cut. I then asked that the entire piece be omitted, as I felt the joke was, perhaps, the funniest thing in it,” Baldwin wrote.

“I did not boycott the Emmys due to that edit. I suppose I am accustomed to a different experience, having worked on 30 Rock for so long, where we have been given the license to skewer the General Electric corporate culture without interference from GE. GE was nothing but gracious and even appreciative of the jokes.”

“However, in some sense, I understand News Corps.’ reluctance to include that joke. If I were accused of illegally hacking into the private phone messages of the families of innocent crime victims and doing so purely for profit, I would be eager for that scandal to go away, too,” Baldwin said.

News of the World was busted in a huge phone hacking scandal involving Sienna Miller, Kate Middleton, Paul McCartney and families of the victims of violent crimes. Sienna Miller said the experience left her incredibly paranoid.

Read on for more Alec Baldwin

Will politics come between Alec Baldwin and 30 Rock?