After the mixed reaction to Dancing with the Stars season 13 contestant Chaz Bono, ABC has increased their security for his safety. Network executives said that the response of some of their viewers has been described as “an element of hatred’ resulting in the need for extra protection for Chaz. 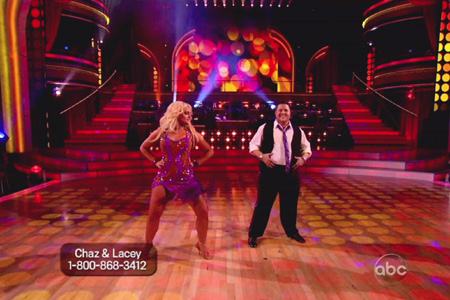 In fact, Chaz, who is the first transgendered person to compete on the show, will have extra security on set – and off-set as well. Chaz, who is the only child of Cher and Sonny Bono, was born a woman until undergoing gender reassignment surgery and he is now an activist and author.

How does mom Cher feel about the hostility Chaz has faced from some people now that he is competing on DWTS? “If you got that excess time and that amount of hostility, I’m not so sure that I can say anything to you that would make you change your feelings,” Cher said, during a call-in to The Ellen DeGeneres Show. “Because you know those are such feelings of hostility and fear, that I don’t know that I would have any magic words to make you feel more comfortable and to soothe you into not being terrified of my child dancing on Dancing with the [expletive] Stars.”

How did Chaz do on tonight’s premiere of Dancing with the Stars? Get a recap here >>>

11 hrs ago
by Jessica Castillo

12 hrs ago
by Jessica Castillo