One of these days Michelle Williams may just up and quit acting in favor of a simpler life. The My Week With Marilyn actress has laid out a few ideas for her future quiet careers, and frankly, we think she’d be wise to keep her day job! 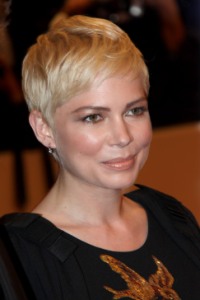 Will Michelle Williams quit acting? At just 31-years-old the Academy Award-nominated actress is considering walking away in favor of a few very curious alternate career choices.

“I often dream of quitting acting,” Michelle Williams tells the latest issue of Hobo magazine. “Walking away and becoming a laundress or a sous chef or maybe writing other people’s love letters for a living.”

Williams, who is currently promoting her starring role as Marilyn Monroe in My Week With Marilyn continues, “Clearly, I don’t like to be in charge. And thinking of quitting is just keeping going in disguise.”

Though she recently spoke about how she and daughter Matilda’s lives have repaired themselves from the loss of Heath Ledger, it seems Michelle Williams continues to struggle with accepting anything will be permanent in her life — even if it’s her own creativity. She tells Hobo, “It seems to me that as soon as you get good at something, it is a sure sign that it is about to walk out of your life because it ceases to hold your mind and creative energy hostage.”

“When you have options, anything is bearable,” she adds. “It’s when a situation is inescapable that it becomes hell.”

Adding to her desire to leave fame behind is the best interest of daughter Matilda. Michelle Williams recently spoke with Vogue about her daughter’s privacy being invaded. “That’s what seems the most rotten thing about it to me,” she shared. “And I’m going to do everything in my power to make her feel safe and protected, and to extend her childhood for as long as possible.”

Will that mean Michelle Williams quitting acting for good? We certainly hope not! Along with My Week With Marilyn the star is also filming Oz: The Great and Powerful, due out in March 2013.

Are your secret career dreams anything like Michelle Williams’?