When asked to describe her Pan Am character Maggie, Christina Ricci unwittingly describes attributes that fit herself: “She’s a little sarcastic, kinda sassy, but she’s good at her job.”

Christina Ricci’s Pan Am is prepped to take flight this Sunday. As the actress awaits the premiere of her first television series, she takes a moment to reflect back on two decades of characters. 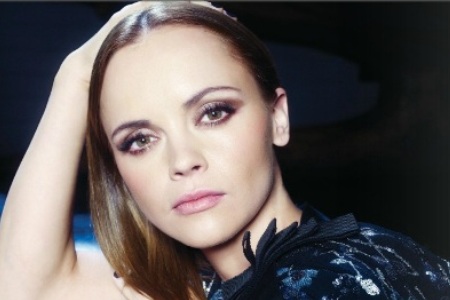 “I loved playing the roles that I did as a child,” Christina Ricci tells Manhattan magazine. “I’ve always been quite happy with the identity they’ve given me as long as people don’t take that too literally.”

From her 1990 beginning in Mermaids to her The Addams Family role as Wednesday, the 31-year-old feels unhindered by the typecasting many life-long actors struggle with. Of her various roles Christina says, “I think they gave me a great depth of position as an actress from which to start my adult career.”

On Sept. 25 her latest incarnation, Maggie, a stewardess in the same sexist 1960s era Mad Men has ruled thus far, will make her rebellious debut in Pan Am. Though she’s the head flight attendant Maggie isn’t necessarily the most obedient and disobeys company policies, such as the requiremnt to wear a girdle.

“It’s a great comparison to get; Mad Men is a great show and I’m a huge fan. But that does focus more on a man’s experience of that time period and this is much more about these women,” Christina Ricci says. “These were really women who were taking control of their lives and living in a very feminist kind of way. They weren’t the average women.”

Pan Am director Tommy Schlamme considers himself lucky Christina Ricci was in the market to sign on for her first television series as he was assembling the show. “My theory, especially when casting an ensemble, is that it’s really important to find people who play different instruments in the symphony,” he says. “And nobody else plays Christina’s instrument. She’s so incredibly unique.”

Be sure to visit Manhattan magazine for more on Christina Ricci!

Tune in to watch Christina Ricci’s Pan Am debut on Sept. 25.