From Hollywood heavyweights like Kate Winslet to small screen stunners like Modern Family’s Sofia Vergara, the 2011 Emmy Awards were packed with A-list talent. SheKnows was front and center to chat with them all on the red carpet.

Despite the blazing heat and the back up at the photo line, Hollywood’s hottest stars of the silver screen braved the hustle and bustle of the red carpet to talk to SheKnows. 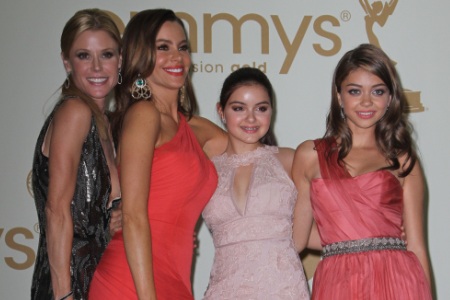 See all the stars in our 2011 Emmy Awards Photo Gallery>>

Mike and Molly’s Melissa McCarthy, who took home Outstanding Lead Actress in a Comedy, stopped by our spot to dish on the gorgeous purple gown she designed herself and what she plans on doing with her statue. The Bridesmaids star also let us in on what we can expect from her upcoming sequel to Knocked Up, the Judd Apatow flick, This is Forty.

Glamour girl Sarah Hyland dished on how she designed her own dress with Project Runway winner Christian Siriano and lamented how exhausted she was from running around the red carpet. Her younger sis on the show, 13-year-old Ariel Winter, showed off her mature looking lace gown while telling us how her character will be maturing this season as well. 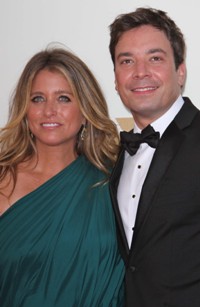 The highlight of the evening however came when former SNL star Jimmy Fallon bypassed the photo line to give SheKnows a shout out and let us in on some exicting appearances coming up on his show this season.

“If you’re a pink Floyd fan youre going to dig some stuff that we’re doing,” said Fallon. “And Timberlake is coming on in November, so I’m sure we’ll think of something fun.”