The glitz and glamour of the 2011 Primetime Emmy Awards came to Fox Sunday night and we’ve got the list of winners in case you missed any of the hoopla! 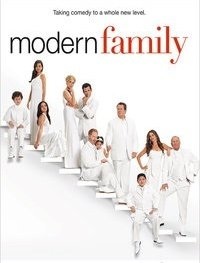 The 2011 Primetime Emmy Awards was hosted by Glee’s Jane Lynch, and before we bring you the winners we just have to say she was just the right amount of funny and class.

The big awards of the night, Outstanding Comedy and Drama, went to Modern Family and Mad Men.

Over on the actress side of the Emmys, all the Lead Actress in a Comedy Series nominees joined each other on stage in a beauty pageant-esque line, but breakout star Melissa McCarthy took home the trophy for Mike & Molly.

Charlie Sheen prolonged giving Jim Parsons his second Lead Actor in a Comedy Series Emmy so he could wish his former Two and Half Men cast members “nothing but the best” in public. As Jim Parson’s said — awkward.

It was a Modern Family kind of night as Julie Bowen and Ty Burrell took home the Emmys for Supporting Actor/Actress in a Comedy Serious. The series itself, as we said, took home Outstanding Comedy Series.

It wasn’t all about the laughs. Julianna Margulies took home the lead Actress Emmy in the Drama category, while Kyle Chandler took home the trophy in the Lead Actor category.