Melissa Rivers was on set with SheKnows this past Monday and Tuesday hosting a Style Showdown for her website, Shoparatti. 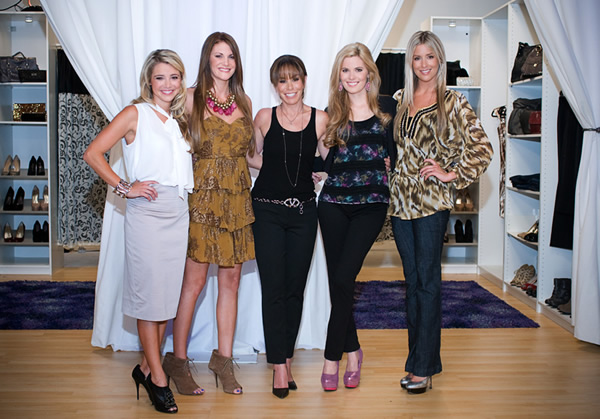 On set Melissa Rivers was like a pea in a pod with the SheKnows family as they worked to shoot the Style Showdown series this week, sponsored by Shoparatti.com.

For two days, they laughed, played and talked some serious high-end fashion. From how-tos and full on fashion makeovers, Melissa divulged all her production tricks after years in the biz to add that extra sparkle.

Aside from her style expertise, Melissa’s charisma and approachability prove that she is not only an asset to the entertainment industry, but a true icon to what the SheKnows brand represents — fun, funky and fabulous!

Shoparatti’s Style Showdown series is due to launch at the end of October where she puts two stylists head to head for a fashion face-off challenge. Between her style tips and off-the-cuff one liners, this series is one not to be missed. Check out behind the scenes pics >>

If the rumors are true that Melissa recently split from longtime boyfriend Jason Zimmerman, we’re sure she won’t be on the market for very long. This Rivers girl is one hot commodity!

See who gave Melissa the clap >