Sinead O’Connor has fans around the world concerned as she sent out a series of tweets this week talking about suicide. 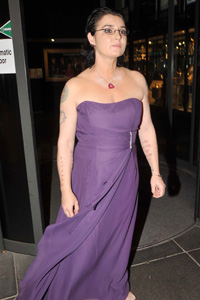 Irish singer Sinead O’Connor was in the news recently for writing on her website about her sexual desires and saying she was looking for sex and love, however yesterday her thoughts went to a much darker place as she discussed suicide.

“Had to go psychiatrist for routine renew prescription etc. She says I’m a bad mum and mental for talking so openly about sex in public,” she wrote. “So now I wish suicide wud [sic] kill me.”

“I want to go to heaven SO bad,” she continued. “Have for yrs. But I don’t wanna abandon my kids. But if I cud die without them knowing I did it myself I wud, If any1 knows how I can kill myself Without my kids finding out I did it deliberately pls tell me…”

One report says that after these disturbing messages,  one twitter follower sent the police to her home in Ireland to make sure she had not harmed herself.

The singer continued to tweet about her suicide thoughts today. “Who would say they were suicidal as a publicity stunt?” she tweeted a response to one of her followers.

“Some (expletive) freak in all seriousness e mailed me instructions on how to kill ur self painlessly. What kind of (expletive) head wud do that?” she wrote.

O’Connor has four children from different men, and was divorced from her third husband, Steve Cooney, in March.

Let’s hope this talented singer gets the help she needs.