Jill Zarin, Kelly Bensimon and Alex McCord might live to catfight another day on The Real Housewives of New York, according to the stars. Are they still hired — or fired?

Relax Real Housewives of New York fans: It looks like Jill Zarin, Kelly Bensimon and Alex McCord might be back for the next season of the hit Bravo show after all. The network — and Real Housewives head honcho Andy Cohen — haven’t confirmed or denied whether the three reality stars were axed from the show or not. 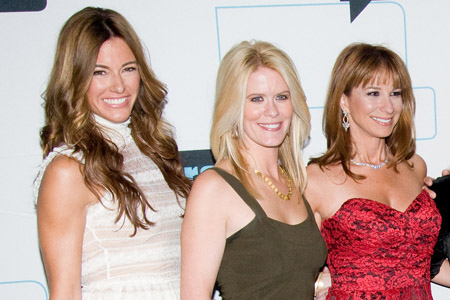 The ladies in question are speaking out to set the record straight on rumors published by Huffington Post writer Rob Shuter and other publications.

“Jill is focused on the launch of her shapewear line Skweez Couture at Lord and Taylor this month and will be making an announcement very soon about another exciting new project. As far as the Housewives show, Jill is not addressing those rumors at this time as Bravo has already stated that no decisions have been made,” Zarin’s publicist, Darren Bettencourt, told SheKnows Friday.

“Nothing has been confirmed yet,” Jami Kandel told SheKnows.

Alex McCord took to Twitter to blast the rumors, too. “Nothing’s finalized, though I’d like to do another year,” she wrote.

The rumors of a Real Housewives shake-up left fans wondering what Cohen & Co. are planning for the new season. Only Ramona Singer and Countess LuAnn de Lesseps would remain from the original cast if Zarin, Bensimon and McCord are indeed dropped from the show.

Expect to hear plenty more about the future of the show in the coming weeks.

“I plan on discussing my future in my next newsletter. Sign up jillzarin.com. I love you for caring so much,” Zarin tweeted early Friday.