Little Doogie Howser is all grown up. Former child star Neil Patrick Harris has moved on to bigger and better things including a newly minted star on the Hollywood Walk of Fame.

Neil Patrick Harris can do it all. He can sing, dance, act and even host when the occasion calls for it. So with all that talent, we’re not surprised that he’s been cemented in Hollywood history with a star on the legendary Walk of Fame. 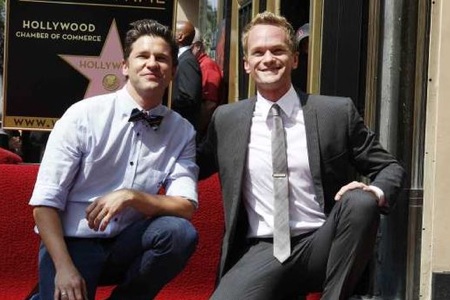 On Thursday, Harris was surrounded by family and friends as his star was unveiled to the world. He was joined by fiance David Burtka, How I Met Your Mother co-star Jason Segel and Dr. Horrible Sing-A-Long Blog creator Joss Whedon. Everyone had their fair share of ribbing to give the actor but it all came from a good place. Segel’s speech managed to provide a nice balance of sarcasm and sincerity.

“Quite simply, he’s the mostly [sic] wildly talented person I’ve ever been around,” said Segel. “He can act and he can sing and he can dance, and he’s a magician, and he can host and he can direct. He has the kind of talent that people had in the old days when you had to actually be talented to be famous.”

Receiving a star is a prestigious honor, but MSNBC reports that Harris used the ceremony as a prime opportunity to poke fun at himself.

“As much of an honor as this is, unfortunately, it won’t be the first time I’ve been plastered on the sidewalk in front of the Frolic Room.” Harris said (referring to the placement of his star near a bar). “And yes, that includes right now.”

After a summer hiatus, both Harris and Segel will return to the small screen Sept. 19. for the season premiere of How I Met Your Mother.