Brad Pitt is apologizing for calling his life with Jennifer Aniston pathetic and dull. 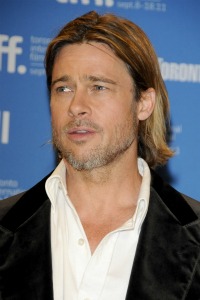 After calling his marriage to ex-wife Jennifer Aniston “pathetic” and “dull”, Brad Pitt has realized that perhaps a little tact may have been in order during an interview with Parade and is quickly backpedaling on his statements.

In the interview with Parade, Pitt comes off as someone who is still uncool and missing a sensitivity chip, as Aniston has said in the past.

Pitt released a statement through his rep, saying:

“It grieves me that this was interpreted this way. Jen is an incredibly giving, loving and hilarious woman who remains my friend. It is an important relationship I value greatly. The point I was trying to make is not that Jen was dull, but that I was becoming dull to myself — and that, I am responsible for.”

Here are some other things Brad Pitt has done to diss Jennifer Aniston after he left her for Angelina Jolie: