Co-host Elisabeth Hasselbeck dove headfirst into a heated discussion with filmmaker Michael Moore on the September 14th episode of The View, where Hasselbeck took offense to his comments about Osama bin Laden. 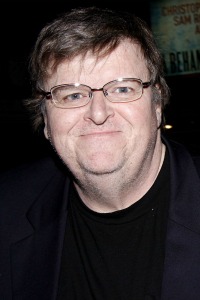 Neither strangers to controversy, filmmaker Michael Moore and Elisabeth Hasselbeck clashed over Osama bin Laden’s death on The View this past Wednesday, during a taping of the talk show.

Moore, who was on the show to promote his new book Here Comes Trouble, was initially having a trouble-free interview with Whoopi Goldberg, Barbara Walters, Hasselbeck and Sherri Shepherd. But then, the conversation turned towards the comments he made in the wake of the death of Osama bin Laden.

Back in May, Moore stated that he believed bin Laden had been “executed”. He also remarked that America had “lost something of our soul” by not putting him on trial for his many crimes against Americans, on American soil.

Moore clarified his past remarks to host Barbara Walters about his criticisms of President Obama and expressed his disappointment in the GOP. Walters then asked Moore about his position that bin Laden had been executed. Moore thought about it and then stated that the right thing to do was bring him home and put him on trial. 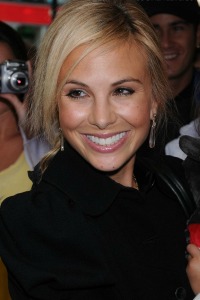 He then stated, “I think we did a very smart thing putting the Nazis on trial. That was after the war was over. The war (in Afghanistan) is over.”

Moore replied, “My point is that the way we show the world that we’re different is that we give even the most heinous person their day in court.”

To which Hasselbeck, visibly enraged, stated, “You’re telling me Osama bin Laden deserves a trial? Where? In New York City? Absolutely not! How dare…and why? Because Casey Anthony’s trial went so well?”

“What are we afraid of?” Moore interjected. “We’re Americans man!”

Outraged, Hasselbeck yelled, “Our rights are not afforded to him!”

And so it continued, until show moderator Whoopi Goldberg cut to a commercial.