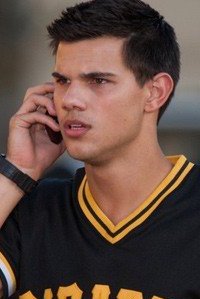 Taylor Lautner might have been abducted in the upcoming thriller Abduction, but we’ve got him right here via a live steam of the movie’s world premiere.

See below as Lautner, co-star Lily Collins and more stars walk the red carpet at Grauman’s Chinese Theatre in Los Angeles starting at 9 p.m. EST tonight. In the thriller, Taylor plays a teenager whose world is turned upside down — and we’re not even talking about the crazy stunts — when he begins to question his identity. Alfred Molina and Sigourney Weaver also star and John Singleton directs.

Abduction is due in theaters Sept. 23.

As for the red carpet, maybe we’ll get a confirmation tonight on the Lautner-Collins relationship?

It’s going to be a big autumn for Lautner. We don’t need to tell you that The Twilight Saga: Breaking Dawn – Part 1 will be on screens starting Nov. 18.