January Jones is now a mother, her rep confirmed Thursday. 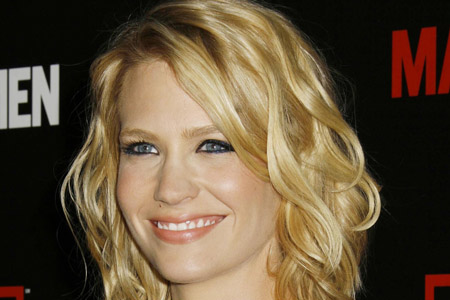 We have a theory here — go with us on this one: Betty Draper named her son Xander in reference to X-Men: First Class. The actress worked on the film with director Matthew Vaughn, someone repeatedly named as a possible father.

The problem? He’s married and strongly denies he’s the father.

“Legal counsel for Matthew Vaughn strongly denies that his client had an affair with January Jones, or is the father of her expected child,” his rep wrote in a statement earlier this summer.

The guessing game continues, though Jones did reveal that she’s ready for motherhood. “I’ve been in a nesting phase just preparing my house and stuff,” the L.A.-based actress said.

“She’s very sweet. Just in the experience of working with her, she sort of gets up and gets on with it, and I think she’ll probably do the same in motherhood,” X-Men co-star Michael Fassbender said at the film’s premiere earlier this summer.