Nick Cannon and Mariah Carey don’t want their babies to grow up to be famous. Echoing the words of Dolly Parton’s plea for no cowboys, the pair are hoping for future professionals.

Nick Cannon and Mariah Carey’s twins will be working on baby steps in the next few months, but that doesn’t mean they’re allowed to follow in their famous parents’ footsteps. Showbiz is a no-go for Moroccan and Monroe. 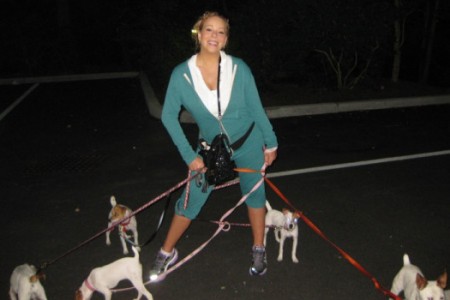 Mariah Carey, seen here “jogging puppystyle” in a photo shared on her official Twitter page, won’t be raising future celebrities. Despite (or perhaps because of) the perks and hardships of she and husband Nick Cannon’s fame the pair does not want their babies to go into show business.

“I just want them to strive for something greater than entertainment,” new dad Nick Cannon tells People. “I’m one of those believers in teachers, professors, heart surgeons. That’s what I’m rooting for. If I could get a scientist, that’d be amazing.”

Yet there isn’t any regret for his own career or that of his singing wife’s in Nick’s tone. “I love my career and I love being in entertainment, so it never really feels like an occupation,” the America’s Got Talent host shares. “My wife is so understanding because she’s just as busy and just as focused as I am, so it’s kind of like the perfect match.”

“Everybody knows I’m obsessed with my wife,” the 30-year-old gushes. “I’m married to Mariah Carey. It doesn’t get better than that. I’d be an idiot to do anything wrong. I worship my wife. Have you seen my back? My back says ‘Mariah Forever.’ “

Those babies aren’t far from Nick Cannon’s heart either. As Monroe and Moroccan near 5-months-old their father insists, “Being a father and being a husband comes first.”

Do you think it’s smart for Nick Cannon and Mariah Carey to say no show business for their twins?