Gerard Butler is a Man with a capital M. He’s straight-talking (a euphemism for foul-mouthed), he’s Scottish, he’s burly, he has stubble and he played Spartan Warrior King Leonidas in 300, for crying out loud. Is it so wrong that we fantasize about him tossing us over his shoulder and carrying us…well, anywhere? We think not. We can’t wait to check him out in Machine Gun Preacher which hits theaters Sept. 23. Because as much as we love our pretty, intellectual hotties, sometimes a gal just needs some brawn. Gerard, we’re all yours. 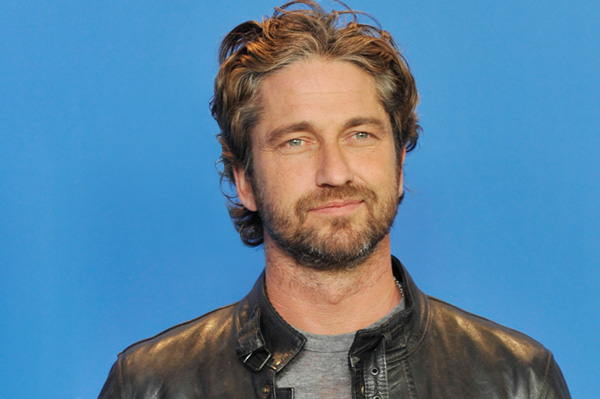 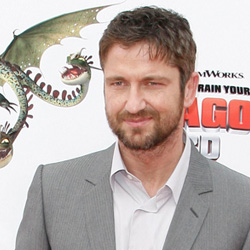 He follows his heart

A law school graduate and then a law trainee at a respected firm in Scotland, Butler chucked the whole lawyer plan after he was fired from a plum training gig for his, shall we say, “intermittent” attendance and special relationship with booze. Shortly after, he saw Trainspotting on stage in Edinburgh and found his passion — acting. The rest — from his part as a seaman in 1999’s Tomorrow Never Dies to his recent voice-over role in How to Train Your Dragon — happened relatively easily. We’re glad it did!

Gerry elaborated on his fortune to Men’s Journal: “That I got through all that I got through to be where I am, it doesn’t make sense — this kind of lost soul studying law in Scotland and then moving to London with no experience as an actor, and with his morals not about him, who couldn’t keep his s–t together, who couldn’t even feed himself properly, and to get ahead in a career like this, which is probably one of if not the most difficult professions to get ahead in — nothing else makes sense except to think that I was being guided and all this was meant to be, the same way you see the crooked smile as a blemish or imperfection, or being fired as a lawyer horrific, when those are the very things that end up helping you.” 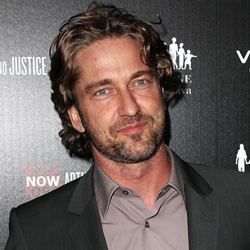 Despite being an inarguable heartthrob, Butler sometimes seems to doubt his appeal — and a dash of humility is incredibly sexy in a man. Once, while doing an interview, Butler pointed to a sexy Esquire cover and commented to the magazine’s reporter, “After Megan Fox, who’s ever going to want to look at me on the cover of Esquire?”

Ummmm…us! And who would have thought that King Leonidas himself gets nervous?

“I’ve made two and a half movies and done press for three movies in the past four months and it made me never want to do movies again because of the press situation,” he told the Middle East’s The National. “It’s weird but I’m actually getting worse at interviews. A lot of what I said before could fly under the radar but that isn’t the case now, so it definitely makes me more wary.”

Relax, Gerry! We like it when you speak your mind. 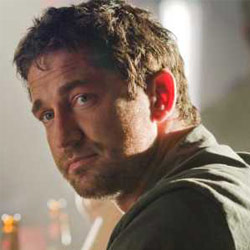 Once a big fan of the sauce, Butler stopped drinking 14 years ago, does yoga, mountain bikes, skis, surfs and recently dropped some serious poundage for his upcoming role as a professional surfer in the movie Mavericks (out next year). “I ate my last meal in October, and I run about 40 miles a day,” he quipped to Us Weekly this past week. “I’m joking! It’s just doing a lot of cardio and extremely watching what I eat. I stopped lifting big weights and I’m doing yoga.”

Does anyone else feel like doing a bit of Bikram right now?

Heeeeee’s single! Rumors have circulated that he has dated actresses ranging from Lindsay Lohan to Cameron Diaz in the past, but Butler is currently on the market. Hmmmm…maybe he still has that Leonidas costume in his closet…. 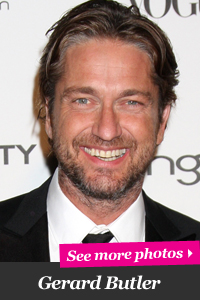