Sarah Michelle Gellar returned to TV in the highly anticipated CW series Ringer. Her Tuesday night return proved to be a good ratings move for the network. Read on for the details.

Ringer and Sarah Michelle Gellar — a match made in rating’s heaven. 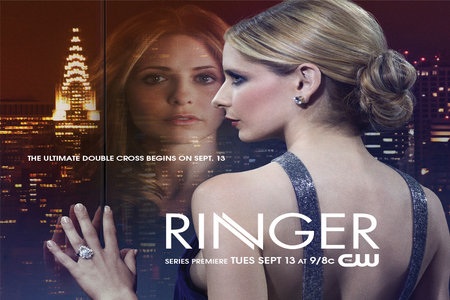 Two sisters — one a recovering addict on the run, the other a rich socialite with an icy marriage and secrets of her own. Perfect plot for a Ringer ratings success story.

It just goes to show, Sarah Michelle Gellar can not be denied wherever she stars in.

That’s a lot of numbers and if you can’t make heads or tails of it all, just know that this is a good thing for Ringer and the CW.

We caught the premiere like everyone else, and thought it was a nice surprise from what we thought it would be.

Ringer moves fast and provided a nice twist at the end that we must tune in next week to learn more about.

Did you catch the series premiere of Ringer on the CW?