More voyeurism for everyone! CBS has just announced that they’re renewing their hit show Big Brother for a 14th season. Yes, some brand new crazy housemates will be back on the small screen next summer along with host Julie Chen. 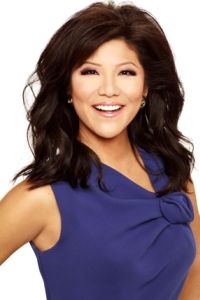 The reality show is wrapping up it’s most successful season since 2004. Apparently we haven’t gotten tired of watching crazy people compete with each other. And really, how could we? The renewal wasn’t exactly a surprise to anyone who watches the show regularly. They were actually asking for applicants for next season before commercial breaks. The show is performing well and CBS reports that the show is averaging 8.11 million viewers with a 3.1 rating among adults 18-49, the target demo. Even Big Brother: After Dark which runs on Showtime is up eight percent and the official website boasts 18 percent growth.

Big Brother premiered in 2000 and has been a strong performer ever since. On tonight’s 90 minute finale, Adam, Porsche and Rachel will compete for the grand prize of $500,000. We can’t wait to see who takes the win. The show airs at 9:30 pm after the premiere of Survivor: South Pacific, which we know you’ll be watching as well.

Host Julie Chen also helms The Talk which has had some controversy lately after the departure of Holly Robinson Peete and Leah Remini after the first season. So, are you guys excited for the finale? Who are you rooting for? How long have you been watching Big Brother? Tell us why. And we’d love to know what you think of the new hosts on The Talk. Do you miss Leah and Holly? We certainly do!