Charlie Sheen sat down with Matt Lauer on the Today Show to talk about his breakdown earlier this year. 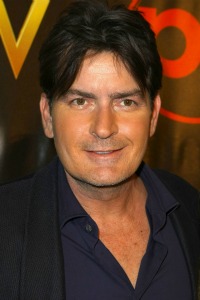 It’s been a while since we heard a new Sheen-ism — and there’s a very good reason why. Charlie Sheen tells Matt Lauer that the media blitz over his very public breakdown was totally overblown, and now that’s he’s sober he’s focusing on family.

“I don’t really know what happened,” Sheen said. “It was one of those things where the planets were aligned, perfectly or imperfectly.”

“I said some stuff and then it caught such traction globally and instantly that I couldn’t really put out the fire … from one moment to the next, I didn’t know what was going to happen — it was pretty exciting.”

It was exciting for us too — who knew what ridiculousness was going to come out of Sheen’s mouth next?

“I don’t know, the Tiger Blood, it was so silly and people took it so seriously and I figured, alright, I’ll continue to give the people what they want, you know?” he said.

So what’s next for Charlie Sheen? He’s nabbed the lead in Anger Management, a TV adaptation of the Jack Nicholson movie, and his Comedy Central Roast is airing Sept. 19 — the same night Ashton Kutcher debuts on Two and a Half Men. But more importantly, Sheen says he is repairing his relationships with his ex-wives Denise Richards and Brooke Mueller for the benefit of his kids.

“I’m seeing my kids a lot more, mending fences with Denise and Brooke, just trying to move forward and prioritize what matters,” Charlie said. “I think that’s where the life is, you know, it’s in those quiet moments.”

“It’s not the giant TV deal or the big party or the award or whatever, it’s the memory of your child’s smile at the end of the day that sort of brings that one lonesome tear, you know?”

Charlie Sheen’s interview with Matt Lauer will air Friday on the Today Show.