Free Agents Hank Azaria and Kathryn Hahn hook up tonight in their NBC premiere. The romantic comedy, imported from the UK, follows the adventures of newly-divorced Alex (Azaria) and secretly-grieving Helen (Hahn). When the coworkers fall into a drunken one-night stand, an awkward union is forged. Can these two lost, damaged souls help each other get their game back?

Hank Azaria and Kathryn Hahn’s new comedy Free Agents is getting an early premiere tonight on NBC. In this adult sitcom from creator John Enbom (Party Down) and Emmy Award-winning director Todd Holland (Malcolm in the Middle), just about everyone at the office is worried about Alex as he grapples with a fresh divorce. No one’s worried about Helen… but maybe they should be. 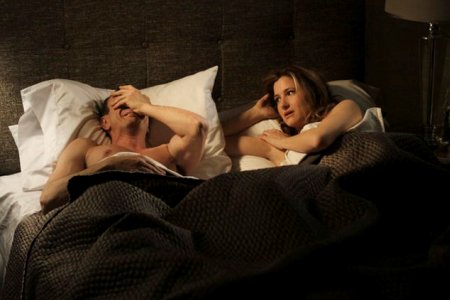 The laughs start with Alex, a newly divorced dad who is desperately sad without his kids. This guy’s emotions are right on the surface — he even cries after sex!

“He’s just a wreck,” Azaria told SheKnows. “Men are, more and more, being allowed to show their vulnerability and admit that they have no idea what they’re doing. Our generation was raised being allowed to have our feelings. Temporarily, when I was divorced, I was doing worse than my character.”

Helen, in contrast, isn’t allowing herself such weakness. She seems to have moved past her fiance’s death, which happened over a year ago, but she’s just masking her feelings.

“The fun part about Helen is that her armor is so polished and she’s so together,” previewed Hahn. “She takes a lot of pride, and I think that it is her armor. Underneath she’s just a mess, just a mess [and] in total denial about losing her fiancé. She loves her wine. That kind of push/pull is fun to play against.”

“I’m usually the girl with the long armpit hair in the movies, so to be able to kind of dress it up is fun,” added Hahn, who many may recognize as the quintessential BFF sidekick type in movies like Our Idiot Brother, How Do You Know and Revolutionary Road, not to mention TV’s Crossing Jordon. 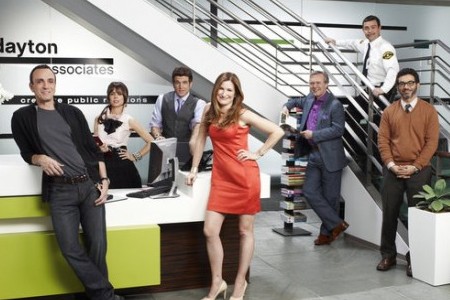 Just how out of control are they? Check out this extended preview below and tune into NBC tonight at 10:30, after the Up All Night premiere. Free Agents will assume its regular 8:30 timeslot next week, on Sept. 21.