Jay-Z has a nine-year-old secret love child, according to a new report.

It’s a very special time for expectant parents Jay-Z and Beyonce — but has the father-to-be already experienced the joys of parenthood? 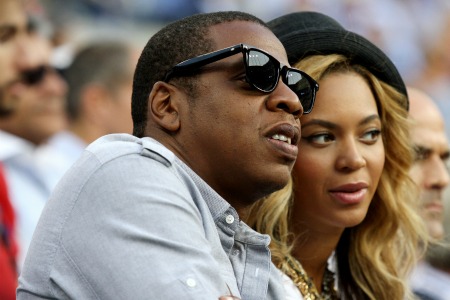 According to a new report, Jay-Z is already a daddy. Star magazine claims the hip hop mogul has a secret love child: a nine-year-old son from a long-ago tryst with a Trinidadian model.

“At the time [he] was born, my son Malik thought he was his child, but they did DNA tests,” Jerald Andrews told Star.

“It’s been determined that [the child is] Jay-Z’s baby.”

After the paternity test, claims Andrews, Jay-Z arranged for Scott and the baby to return to Trinidad, where he continues to support them.

“Shenelle told me that Jay-Z gave her $1 million to keep her mouth shut,” Andrews said. “My understanding is that he’s paying her child support.”

“Shenelle took the money and bought herself a really nice house in Trinidad that the whole family lives in now.”

What’s more, the man claims that Jay-Z is still in contact with Scott and the boy.

“She says he’s a good father and he has a lot of interest in [his son],” Andrews said. “It was a big old mess at one time, but I think once they resolved the issue of fatherhood, of paternity, I think things started to level off.”

SheKnows has reached out to Jay-Z’s rep for comment, but has received no response.

Jay-Z and Beyonce announced their pregnancy at the 2011 MTV VMAs.