A statement has been issued to the press by Tareq Salahi, asking the public to be on the lookout for his wife Michaele Salahi. He believes she’s been kidnapped!

Michaele Salahi kidnapped? It may sound too strange to be true, but Tareq Salahi believes his missing wife has been taken against her will. The couple, featured on the Real Housewives of D.C. and also known widely as the White House party crashers, are either experiencing “family issues” or Michaele has been abducted! 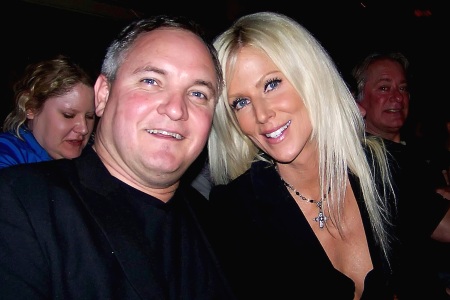 Tareq last saw his wife Michaele Salahi Tuesday around 11 am before heading to their controversial winery. The socialite was supposed to be on her way to a hair appointment but never showed up. Late last night he received a phone call from her from an unfamiliar Oregon based phone number, in which she told him she would be at her mother’s home.

Suspicious, Tareq Salahi called Michaele’s mother, who knew nothing of Michaele’s plans. He then called authorities, but tells TMZ deputies told him she had already called them — informing them she was safe and taking time to deal with some “family issues.”

It turns out the couple have received death threats in the past, and Tareq believes Michaele was forced to make the phone call stating she is safe — when in actuality she has been kidnapped.

A statement from Tareq Salahi reads:

“We are reaching to the public pleaing [sic] desperately for your help. It is our belief as of last night, that Michaele Salahi may have been kidnapped or abducted and [is] being held under duress and forced to tell persons, including authorities she is okay.

What do you think of Tareq’s claims Michaele Salahi has been kidnapped?