While many know him as a bonafide rock and roll star, Jon Bon Jovi is also a well-known philanthropist. His most recent efforts help build the SoulKitchen in Red Bank, New Jersey, a place where people can get a great meal and pay only what they can afford to. 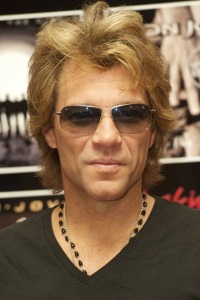 Jon Bon Jovi. When you think of that name, you think first of the sexy rock and roll star. Second, you recall some of his best known songs. Go ahead and sing out loud for a minute, we’ll wait.

But unless you’re a die hard Jovi-fan, you may not know just how hard Bon Jovi works for the less fortunate in his home state of New Jersey and the most in-need parts of the U.S. as well.

He’s also on the list of the most epic VMA performances ever!>>

Ever since the inception of his Jon Bon Jovi Soul Foundation, Bon Jovi has been a local guy who’s done good. He works hand in hand with local and nationwide community outreach programs such as Covenant House, Hope Works, Habitat for Humanity, Project H.O.M.E, Heart of Camden, Saint Joseph’s Carpenter Society, HomeAid Atlanta, the Greater Camden Partnership and HELP USA, to build homes and enrich the lives of those struggling with poverty.

Earlier this year, Bon Jovi started work on a project that is dear to his heart. It’s called the SoulKitchen, and is a community restaurant with no prices on the menu. Customers pay whatever they can afford. If a customer is unable to pay, they can do volunteer work in exchange for the meal they were served. It’s just weeks away from its official launch.

The SoulKitchen was built in an old mechanic shop in the Borough of Red Bank, New Jersey. After months and months of work and kind donations from the community, the SoulKitchen is ready to roll.

The idea came to Bon Jovi after seeing a news story on NBC Nightly News, about a restaurant called the SAME (S0 All May Eat) Cafe in Denver, Colorado. The idea that someone who needed a meal for themselves or their family could go somewhere where they could be treated with dignity and respect appealed to Jon, and a mere six months later, the JBJ Soul Foundation launched a pilot program in Red Bank, New Jersey. About 60 percent of customers who dined at the earliest version of the SoulKitchen were people in need.