A new Amy Winehouse video has been released on what would have been the star’s 28th birthday.

Call it her last hurrah: A new Amy Winehouse video has been released and it shows the singer exactly the way she would want to be remembered. 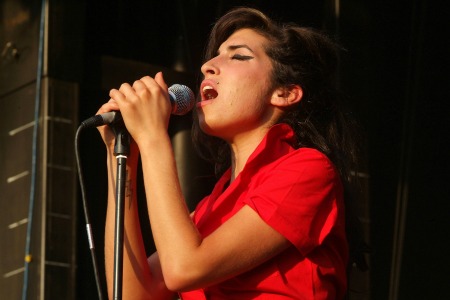 The stripped-down video shows Winehouse in the recording studio working on Body and Soul, her duet with Tony Bennett — and the star laughs and smiles throughout.

The song and footage were recorded at Abbey Road Studios in London last Mar., just months before the death of Amy Winehouse. Her father, Mitch Winehouse, was thrilled she was working on the project.

“My dad personally himself, he was like, ‘Oh, it’s only my favorite song in the world you’re going to sing. Oh my God. Do you even know it?’ I’m like, of course I know it, Mitchell, I’m your daughter. Of course I know it,” Amy says in the video.

Amy is also seen joking about whether or not she can give legendary Tony Bennett a nickname, and is obviously totally in her element.

All proceeds from the songs will benefit the Amy Winehouse Foundation to help young addicts reclaim their lives.

“What’s going to happen is that we’re putting that [song Body and Soul] out ahead of the album,” Bennett told MTV in Aug.

“And it’s going to a foundation that her father started — to teach all the young children not to take drugs, and all the royalties of the record will go to that.”

Amy Winehouse died in July of what her family says was an alcohol withdrawal-induced seizure. She was 27 years old.

Amy Winehouse charity back on after cyber-squatter drama