The America’s Got Talent finale featured the best-of-best from across America. With only four left, we’re giving love to all the acts.

You voted all season long, now it’s time to do it one more time. Who will be the winner of America’s Got Talent? 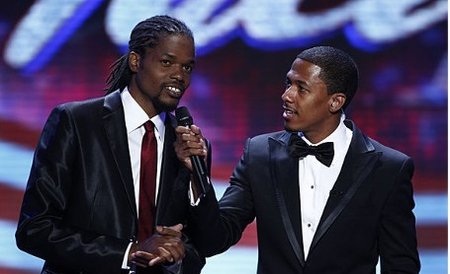 We’ve been highlighting the best acts on NBC’s America’s Got Talent and with the last performance round behind us, it’s time to give you our pick for who will take it all.

We’re doing something a little different this week. We’re going to critique all the performers in order of how we think they’ll place — ranking from fourth place to first place.

Poor Poplyfe. This spunky young group has been a favorite all season long, but their rough version of We Are The Champions hurt our heart and ears.

The singer knew she was off and it brought her to tears to know she didn’t perform her best on the finale. We’ll just leave it at that.

Landau Eugene Murphy Jr. is an old school singer that makes it cool to croon in 2011. The talented singer “didn’t play it safe” during the finals, according to Sharon Osbourne and we couldn’t agree more.

He made us swoon with My Way, but it’s his positive spin on life that makes us really love him. Who doesn’t want somebody who loves their kids to win? Unfortunately, he’s not quite our pick for the winner.

Team iLuminate has brought their impressive use of wireless light-up costumes and dance to the AGT stage week-after-week and we couldn’t imagine the finals without them.

This week, they wore their heart on their sleeve with a a fusion of technology and creativity, dishing out another brilliant performance.

Picture being in the dark, with dancers in light-up costumes rocking the stage and all you see are the lighted parts of their costumes moving as they do — so cool. They narrowly missed being our pick for the winner.

We just can’t help but think Silhouettes will be the winners. The way they make shadows, light and dance look so beautiful is something Vegas would eat up.

This week they did an artistic impression of What a Wonderful World, while making leaves, balloons and all kinds of things out of their bodies.

What did you think of the finale of America’s Got Talent?