The Wendy Williams Show thought it would be the first to get Charlie Sheen on the record about The Comedy Central Roast and life after implosion, but it turns out Sheen will be stopping by The Tonight Show with Jay Leno on Thursday. The most intriguing appearance so far, however, is his father’s: Martin Sheen didn’t attend the much-hyped roast, but did get in on his son’s apocalyptic new promo.

With his Comedy Central Roast in the can, the new indie flick A Glimpse Inside the Mind of Charlie Swan III in the bag and the sitcom Anger Management for sale, Charlie Sheen seems to be back in the game. Not only has he now landed a visit to The Tonight Show with Jay Leno, but he even got his dad Martin Sheen to do a promo for the roast! Is this the end of the madness? Or just another chapter? 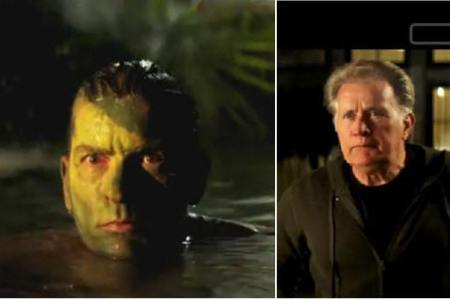 While we can’t seem to stop hearing about Sheen in the news, Thursday’s visit to Leno‘s late night office will be, for many, the first real glimpse at how he’s doing. NBC revealed Sheen will stop by to talk about his new series, Anger Management, as well as the roast, which took place Saturday and airs Mon, Sept. 19.

That isn’t good news for Wendy Williams, who thought she was getting Sheen first. “I am beyond excited and I cannot wait to talk to Charlie,” Williams had said in a statement. “He’s easily the hottest topic of the year and I’m thrilled that fans of The Wendy Williams Show will be the first to see and hear everything that’s going on in his life, in his own words.”

Oops. Looks like Leno got the jump on you, Wendy! Her episode airs the same day as the roast.

And of course, the winner is already tweeting away over the big night. “Glad it’s over!! No seriously… One of the most memorable nights of my career,” he tweeted. “Thank you @comedycentral & all involved! xo c”

Sheen also tweeted about his newest Comedy Central promo, which features his dad (posted below).

SheKnows isn’t sure what to make of this, since Martin Sheen didn’t attend the roast and has spoken out about his concern for his son. Could his involvement be a sign that he’s not as worried about Charlie these days?

Here’s the promo starring Martin Sheen. Be warned, however, his insolent son Charlie drops the F-bomb. This may not be appropriate for the office.