David Arquette told Ellen DeGeneres he “wanted to die” after his split from Courteney Cox Arquette. 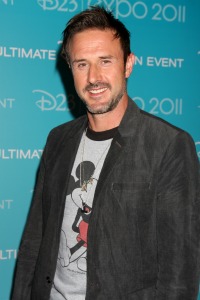 We’ve all been there: Totally down in the dumps over a breakup, possibly falling into very bad habits as a misguided way of dealing with the pain. David Arquette says he fell into a very dark hole after he separated from Courteney Cox Arquette — a hole so deep he said he thought he’d rather die than climb out.

“We had grown apart for quite a while and I was just really heartbroken over it,” Arquette told Ellen DeGeneres. “I used it as an excuse to accelerate my drinking. You know, to be honest, I didn’t want to live anymore.”

“I didn’t know how to deal with these feelings,” he said. “And part of getting sober, it’s really difficult at the beginning. You are confronted with of these new emotions… You know, you’re not good enough.”

David Arquette and Courteney Cox Arquette separated last October but have not yet filed for divorce, despite David’s penchant for verbal diarrhea, spilling all sorts of intimate details of his marriage and fling with Jasmine Waltz to Howard Stern. The pair wed in 1999 and have one daughter, Coco. Rumors have spread that Courteney was having an affair with her Cougar Town costar Brian Van Holt, a charge they both deny.

A stint in rehab has given Arquette a fresh perspective and now the Scream actor is channeling his energy in a more constructive way. You can catch David Arquette on the season premiere of Dancing with the Stars September 19 on ABC.