Russell Brand is losing fans at a rapid pace after angering an entire community of disabled athletes. Has the comedian’s routine gone too far this time? 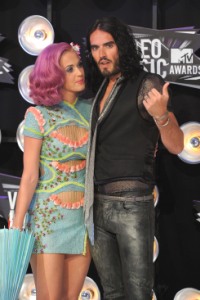 Part of the genius of Russell Brand is that you never can anticipate what will come out of the his mouth at any given moment. In the wake of a recent stand-up gig in which Russell Brand did a bit on the Paralympic Games, a certain community of people is pushing for an apology to cross his lips next.

During a performance at the Pleasance Theatre in Islington, North London the 36-year-old told his audience what he really thinks of disabled athletes. Making the situation worse? The poor timing of his (presumably) uncensored thoughts! Russell Brand’s stand-up gig was a mere 48 hours before International Paralympic Day, to promote the 2012 games, took place in Trafalgar Square.

“I don’t give a [expletive] about the Olympics,” Russell told the audience. “It’s boring Blue Peter sport and a waste of taxpayers’ money.”

But it didn’t stop there. Speaking of the games (an international multi-sport event where athletes with physical disabilities including amputations, blindness, mobility disabilities and Cerebral Palsy) Russell Brand added, “At least the Paralympics have some kind of novelty value or something.”

Wheelchair athlete David Weir, who won multiple medals in the 2008 Beijing games, says, ‘Calling the sport a novelty is offensive. Brand obviously hasn’t met any Paralympians. If he did he certainly wouldn’t call any of us a novelty.”

Nine time swimming medal winner Chris Holmes commented that Russell Brand is out of touch with the current status of the Paralympic Games. “It’s important to enable every disabled person, particularly the young, to access sport as easily as their able-bodied counterparts. The Games are still in their youth phase, but have moved on and are no longer seen as a Cinderella event.”

SheKnows has reached out to Russell Brand’s rep for comment on the Paralympic Games joke controversy.