Have you seen The Book of Mormon on Broadway yet? This musical by South Park creators Trey Parker and Matt Stone has been playing to packed houses since the day it opened. Well, now it looks like we’re going to have a chance to check it out on the big screen! 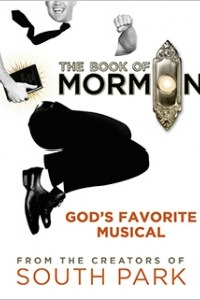 According to EW, Parker and Stone have confirmed that they are planning a film adaptation of their Tony award-winning musical. The story centers around a pair of Mormon missionaries (Andrew Rannells and Josh Gad) who try to convert residents of a town in Uganda. A national tour is planned to debut in Denver next summer. Parker, who wrote the musical with Stone and Avenue Q co-writer Robert Lopez told EW, ”Hopefully it will have a big run and a big tour and then we can do the movie in several years.”

Parker and Stone have long been involved in the film industry with projects like Cannibal! The Musical and of course, South Park: Bigger Longer & Uncut. They collaborated on that film with producer Scott Rudin who was a part of No Country for Old Men and The Social Network. ”We want to do it some day,” Stone said about the possibility of having Rudin on the project. ”The great thing is, a lot of Broadway teams would have to go team up with a Hollywood producer and bring on a Hollywood director, but Trey’s a director and Scott’s a great producer. We’ve all made movies. So it’s kind of cool, it can stay in the same family.”

What do you guys think? Are you excited about the possibility of a movie version of The Book of Mormon? Have you seen it on Broadway? Are you still watching South Park?

The second half of the current season of South Park debuts on Comedy Central on Oct. 5th.

More on The Book of Mormon and South Park: